In 2010, Bret Hart returned to RAW for the first time since the infamous Montreal Screw Job in 1997. People were pumped. He called out his longtime nemesis, Shawn Michaels, and the two hugged, putting years of bitterness behind them. It was a nice moment, despite Hart’s decision to wear jean shorts.

Then Hart called out his other longtime nemesis, Vince McMahon. The two also appeared to reconcile, but McMahon ruined the feel-good story by kicking Hart in the balls, kick-starting (#fireable) a feud for a Wrestlemania match.

I and many others were happy to see Hart once again involved with WWE, but I and many others also had no interest in seeing him go one on one with McMahon inside the squared circle. Hart, one of the greatest in-ring wrestlers of all time, was limited physically as the result of a stroke he suffered years earlier. McMahon, one of the great wrestling characters of all time, was limited physically by being a man in his mid-60s.

The feud was weird: McMahon refused to accept Hart’s challenge, then Hart was hit by a car, then McMahon changed his mind since Hart had a broken leg as a result of the accident, then Hart revealed that he faked the car accident and actually didn’t break his leg after Vince signed the contract. Actually, what am I saying: that’s a perfectly acceptable pro wrestling feud. But the whole thing felt off.

The match itself was … not good. And I was in the building for it! My first Wrestlemania (I’ve since been to two others, no big deal). I expected it to go for about five minutes, with Hart quickly dispatching of McMahon with the sharpshooter. Instead, it went for like 15 minutes, with Hart’s extended, dysfunctional family first coming out as though they had aligned with McMahon, then immediately turning on him and siding with Bret. The entire family basically destroyed McMahon who — while not the most sympathetic character in the world — was still an old man being pummeled.

The highlight of the match was McMahon finding a crowbar and yet somehow becoming less powerful with it, flailing aimlessly. Eventually, after teasing it about six times, Hart finally put McMahon in the sharpshooter and won the match. 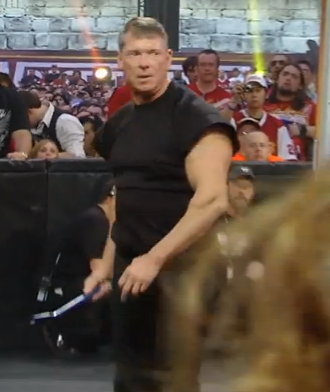 The reason I bring this up, other than the fact that this MLBlog hasn’t been updated in months and I’m bored, is the current match that appears to be slotted for the main event of this year’s Wrestlemania: Shane McMahon vs. the Undertaker in Hell in a Cell.

A few weeks ago, Shane McMahon returned to RAW for the first time in years (he has been pursuing another career outside of the WWE) to confront his dad, Vince, and his sister, Stephanie. I wasn’t watching, but my brother @poolhalljames sent me a text that said “SHANE O MAC!!!” People, myself included, were pumped. Then he sent me another text that said “He’s fighting Undertaker at Mania.” People, myself included, were puzzled. It’s great that Shane is back with WWE, but why the hell has he returned to wrestle, of all people, the Undertaker?

Now, there are some legit reasons this match is happening. WWE’s roster at the moment is decimated by injuries, with John Cena, Randy Orton, Daniel Bryan (who had to retire due to concussions), Sting and Seth Rollins, among others, sidelined. And they’re holding Wrestlemania 32 at Cowboys Stadium, which means they need plenty of star power to get 90,000-plus people in the building. Also, I guess Naked Mideon is busy, as I would’ve personally gone with him vs. the Undertaker over Shane.

But, so far, this feud, like the one between Hart/Vince, has felt off. The stipulation for the match is, if Shane wins, he gets control of RAW. Why would Undertaker, a guy who shows up about five times a year at this point, care who controls RAW? No idea.

It seems at first they wanted people to just accept that Vince is the boss, and Undertaker doesn’t particularly have any reason to not beat up Shane, so he was fine doing it. But that didn’t really track. They then had Shane call Undertaker a “bitch,” which — someone calling another person a bitch has certainly fueled plenty of fights in human history — but I’m not sure if that’s enough for the main event of the Showcase of the Immortals. Last night, Vince announced that if Undertaker loses, he will never wrestle at Wrestlemania again. I kind of feel like that one won’t stick.

And, in the most egregious part of this feud so far, Vince called Shane the Undertaker’s most formidable Wrestlemania opponent of all time.

All that being said, the match could end up being amazing. Shane, despite being a not-overly-intimidating-looking 46-year-old, is a maniac; the Undertaker, despite now resembling Frasier, is a legend; and I, despite being a super smart person, am often wrong, as last year’s Wrestlemania proved.

But it definitely won’t be as good as Asuka/Bayley. 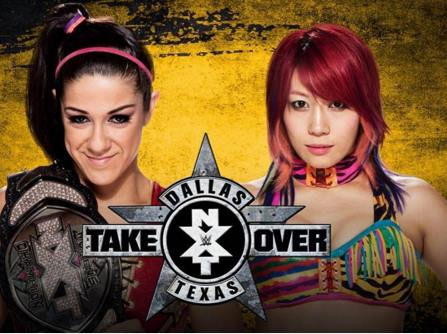 Advertisement
The match no one wanted: Is Shane/Undertaker the new Bret/Vince?
Loading Comments...